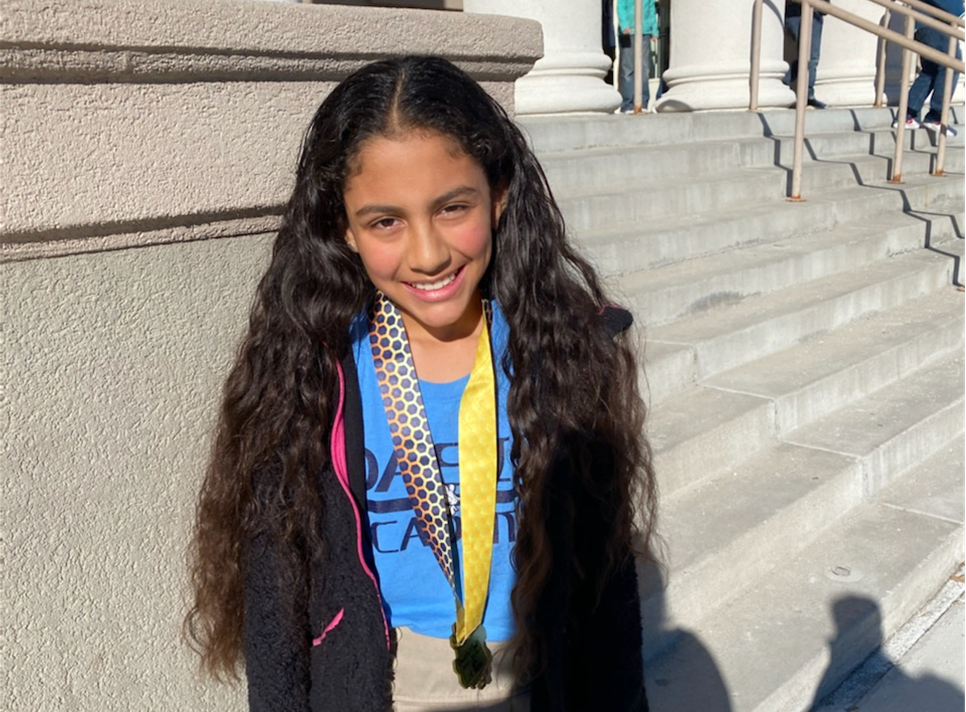 Spelling is not usually the favorite for most people, but for sixth grader Keily Ugalde it has become a serious sport.

Ugalde began her spelling career participating in a spelling bee in third grade and won first place. This year she was prepared for the Oasis Spelling Bee on January 6. She finished first among sixth graders, allowing her to compete in the District Bee on January 27.

Keily won the sixth-grade group for the District and now heads to Las Vegas to compete in the State Spelling Bee on March 26.

“Keily Ugalde Coronado was a well-deserved winner of the 6th grade spelling bee at the CCMS District Spelling Bee. She attended our weekly spelling club before she competed in our school's spelling bee. I feel this extra practice helped her be ready for the big show. During the bee, Keily was able to maintain composure and spell the hard words when she needed to. Her winning word was intolerance. I wish Keily Bighorn luck at the State Spelling bee coming up in March." says Spelling Club advisor Lauren Kelly.

Luz Ugalde, Keily’s mom says, “I’m so proud of my daughter. She spent countless hours practicing and preparing to compete. As an English as a second language speaker, it was hard for me to practice with her, but she was determined. She is truly a great kid.”

Oasis will be raising funds to help cover travel costs for Ugalde and her family. To donate contact Angela Viera at aviera@oasisacademyfallon.us