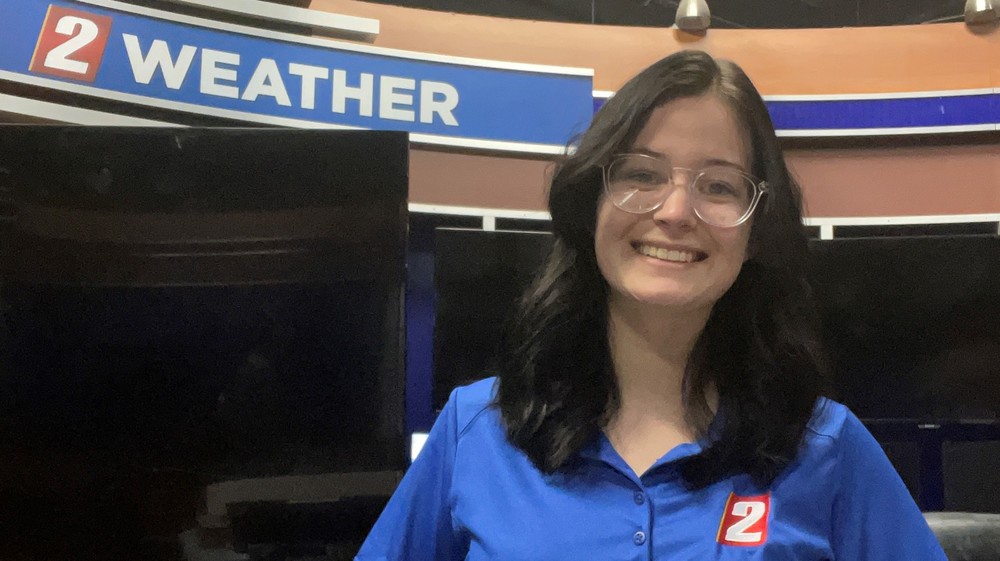 Working behind the scenes at KTVN, Oasis Academy alumni Kaylynn Perez has quickly climbed the ladder from Associate Producer to now Producer of the 7 p.m. and 11 p.m. news broadcasts.

The quick pace of the news is nothing new to Perez. The exceptional student graduated from Oasis Academy in 2019 earning both her high school diploma and Associate of Arts degree from Western Nevada College. Then in just two years graduated from the University of Nevada, Reno in 2021.

“I went straight to work! I didn't want to waste any time getting a job in the field I studied. I wanted all those hours at the Journalism school to pay off!” said Perez who averages working sixty hours a week in a job she loves.

The News Producer also has her future goals set out. “I have plans to work more in investigative and crime news. I'd really love to make crime documentaries and be able to spend time putting together crime stories. I'm a true crime junkie, what can I say! As an investigative journalist I would love to be able to meet people from all over and share their stories...especially if they survived something traumatic...or be able to help a family who may have lost a loved one,” added Perez.

“Sometimes journalists help piece together a case alongside police. And I'd love to be able to produce documentaries on big headline stories. Having my name on a Netflix series is the dream.” Eventually moving to a bigger market in her favorite city, San Francisco is part of making this dream a reality.

Perez also has a soft spot for politics and has looked at a future in Washington D.C. “Washington D.C. is the news capital of the world and I've always felt a calling there. I've had some journalist friends who moved there recently and it's always in the back of my mind.” she added.

While these are both possible Perez has learned two things while working in news. The first is, “nothing is permanent! It's okay to not be sure you want to do something forever. My true goal is to let my career take me where it takes it,” she explained.

The second is, “DO WHAT MAKES YOU HAPPY. Life is more than money and making sure you can afford that big house with a picket fence. There is a saying in the news world…’we ain't here to get rich.’ Journalists don't make much, but we do it because we love it. I started to feel insecure for a while because I knew people going on to be doctors or engineers or therapists, who would be making way more money.”

“While I first started out making less than my restaurant job, I soon realized, I LOVE my job. And that's all that matters. I come in every day with something new. News is constantly changing, my job is constantly changing. I get to write stories about kids helping the food bank, and veterans holding a memorial for their fallen friends, and I get to send reporters to crazy fires in Lake Tahoe. And inform ALL of Northern Nevada of what is going on in their state. I get to talk to CBS reporters and producers in Washington D.C. and New York to organize live shots from the White House or Uvalde, Texas. I get to see crazy footage from wars overseas....all from my little desk in Reno, Nevada! And I love it! While I don't make as much as I could doing some other office job...I would never trade it for the world.” explained Perez.

“You need to put your dreams and happiness first. Again, nothing is permanent. There is no written rule in life that says you have to do something forever. Do it because it makes you happy and if it doesn't make you happy anymore, don't stay. You are free to move on to a new job, new workplace, new career.” Perez wanted to conclude with, “no one should ever be miserable in life because of their job. There will be bad days. But love what you do and have a passion for what you do! And don't let anyone make you feel indifferent about your dreams.”