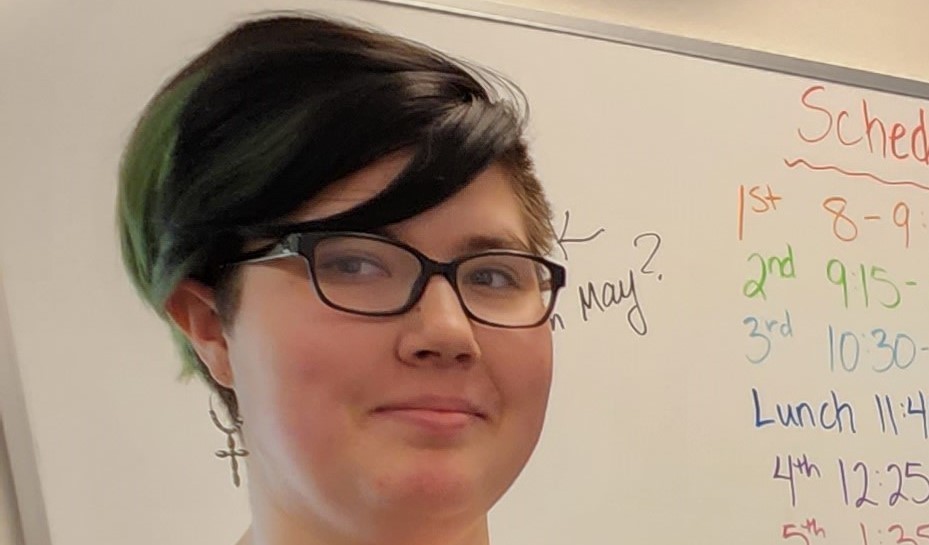 Senior Sophia Jeffs started at Oasis Academy as a freshman and the school has helped her develop into a critical thinker and further her love of science.

“I'd like to thank Mr. Eric Grimes. His class made it easier to focus on the good things. We were also allowed to debate topics a lot and it created many interesting discussions,” said Jeffs. “Some of my favorite classes have always been Mr. Grimes. Not just for what was being taught but because of the memories that were made also.”

Along with Grimes’ classes, another of her favorites has been math. “In terms of academics, math has also always been one of my favorite classes. It's consistent, easy, and incredibly useful in science. It's like a little nerd haven of peace,” explained Jeffs.

Jeffs wants to eventually work as a forensic scientist and received significant experience in the laboratory while being part of Dr. Gary Evett’s INBRE research group at WNC. “Being able to participate in the INBRE research with Dr. Evett was incredible. I learned quite a bit. The project helped find more evidence to support a potential vaccination for certain cancers.”

Her advice for future students, “There are going to be the days where it doesn't seem worth it. It's going to be hard and it's going to suck, but it will always get better. Just give it time. Let yourself have a break and prioritize and you'll get by fine. There is always someone you can talk to and there are plenty of resources that you can take advantage of to keep your academics and your health in a good place.”

Jeffs will graduate with her high school diploma and an Associate of Science from Western Nevada College in May. The senior’s goal is to earn a masters degree and work as a forensic scientist.